EUROPEJSKI NEWS is an exclusive space for cultural and artistic news, Warsaw city guides, and insights into the history of the capital and the legendary Hotel Europejski. Join us for a journey through the streets of Warsaw.

Europejski for Children of Ukraine

Art auction for abandoned and orphaned children, victims of the war.

Hotel Raffles Europejski Warsaw is famous for its art collection, which consists of almost 500 works by 120 outstanding Polish contemporary artists. It turns out that the collaboration with the creators that took place during the creation of the Hotel Europejski Art Collection was not a one-off. Now, in cooperation with DESA Unicum, the largest auction house in Central and Eastern Europe, and with the support of Anda Rottenberg, an outstanding Polish historian, critic, and curator of art, an exciting collection of 48 works has been created, which will be auctioned during the gala dinner on Friday, May 6 in the Raffles Europejski Warsaw Ballroom.

"The auction will include works by 48 outstanding Polish contemporary artists, whose generosity largely contributed to the organization of the event. Some of them are Tomasz Ciecierski, Jarosław Fliciński, Zuza Golińska, Maurycy Gomulicki Włodzimierz Pawlak, Joanna Rajkowska, Paweł Susid, Leon Tarasewicz and Włodzimierz Zakrzewski. It is a great gesture on their part. The Polish artistic community once again touches us with its deep sensitivity and social commitment". - said Anda Rottenberg.

Additionally, thanks to the generosity of Europejski partners, the auction will include 5 special prizes from HERMES, Auto Fus Group and McLaren Warszawa, EPOKA restaurant, Accor group, and Grzegorz Krychowiak.
"This is not the first auction we organize for the victims of the war in Ukraine. So far, on the occasion of three original editions, we have managed to collect almost 1.5 million PLN. And this time, the donors' generosity is great, the works are exciting, and the collectors' appetites are huge as usual”. - Juliusz Windorbski, Chairman of the Supervisory Board of Desa S.A.
Funds collected during this event will be donated to the SOS Children's Villages and its special initiative SOS FOR CHILDREN OF UKRAINE to help abandoned and orphaned children, victims of the war.
"We expect that the competition in the fight for the greatest possible support for this beautiful initiative will be eager and relentless. We sincerely hope that the works of art and special prizes donated to the auction will warm the hearts and open the pockets of the participants”. – Anna Czajkowska, Sales & Marketing Director, Raffles Europejski Warsaw and Katarzyna Lemańska, Marketing Director, Europejski Property.
The full list of artists who submitted their works to the auction "EUROPEJSKI FOR CHILDREN OF UKRAINE":
Anna Barlik, Alicja Bielawska, Karolina Bielawska, Joanna Borkowska, Agnieszka Brzeżańska, Dorota Buczkowska, Józefina Chętko, Tomasz Ciecierski, Rafał Dominik, Ewa Doroszenko, Monika Drożyńska, Jarosław Fliciński, Zuzanna Golińska, Maurycy Gomulicki, Agnieszka Grodzińska, Nicolas Grospierre, Anna Grzelewska, Magdalena Karpińska, Alicja Karska i Aleksandra Went, Anna Konik, Piotr Łakomy, Izabela Łęska, Jan Mioduszewski, Anna Niesterowicz, Paweł Olszczyński, Igor Omulecki, Witek Orski, Alicja Patanowska, Włodzimierz Pawlak, Sławomir Pawszak, Wojciech Plewiński, Joanna Rajkowska, Paweł Susid, Tytus Szabelski, Tomasz Szerszeń, Małgorzata Szymankiewicz, Martyna Ścibior, Leon Tarasewicz, Andrzej Tobis, Małgorzata Turewicz Lafranchi, Wojciech Wieteska, Włodzimierz Jan Zakrzewski and Anna Zaradny.

The full catalog of the auctioned works will be available from Friday, May 29 in the DESA Unicum mobile application and on the website bid.desa.pl. The online pre-bidding will last until May 6, 7 pm.

Participation in the gala dinner requires a donation.

Celebrated each year Women's History Month is a great opportunity to recall famous women related to the Hotel Europejski. The banquets and Fashion Balls organized here attracted people like a magnet, among the guests were stars of cinema, theater, as well as social and political activists.

Helena Modrzejewska is undoubtedly one of the greatest actresses in the history of polish theater. She lived in Warsaw on Królewska Street, and her house served as a salon for Warsaw's elite. Many artists such as Stanisław Witkiewicz, Adam Chmielowski and Aleksander Gierymski were her frequent guests. Modrzejewska, on the other hand, visited them in the art studio, located on the top floor of the Hotel Europejski. According to rumours, she even posed for Chmielewski here. Modrzejewska did an extraordinary thing: without knowing English, she left for the United States, learned the language and made a stunning career. After the first performance in San Francisco under the pseudonym Helena Modjeska, one of the newspapers wrote: "A genius has appeared in town." During her 30 years of career overseas, she gained fame of which most could only dream. Her images adorned luxury cosmetics and cigar boxes. She went on 26 tours in total, each time covering 5,000 km by train and sleeping in dozens of hotels. Her only day off was Sunday, but she usually spent it on the train on her way to the next city. An interesting fact is that Modrzejewska was the godmother of another famous actress, Ethel Barrymore, grandmother of the contemporary movie star - Drew Barrymore. 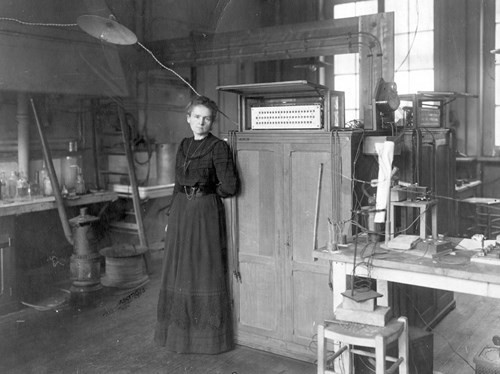 In the following decades, the hotel hosted another extraordinary woman, Maria Skłodowska-Curie. As a woman and immigrant, she overcame the difficulties of her times and reached the heights of human ability. She was the first woman ever to receive a Nobel Prize and the first female professor at the Sorbonne University. Her discoveries have been used in medicine for the treatment of cancer. In 1913 during her visit to celebrate her second Nobel Prize, Maria Skłodowska-Curie visited the Hotel Europejski where she met women from Warsaw society. The scholar was warmly greeted by the famous writer Maria Rodziewiczówna, who gave a special speech. During the party, a concert of works and songs by Fryderyk Chopin took place. Jadwiga Sikorska, Maria's former teacher, was also among the guests. She was very moved when Maria recognized her in the crowd. The visit was associated with the opening of the first radiology laboratory in Warsaw, which in the future turned into one of the first Radium Institutes in the world.

The interwar period was the time of glamour and splendor of the Hotel Europejski, mainly due to legendary Fashion Balls. Anticipated for months in advance, the balls attracted many extraordinary celebrities from the world of film, art and politics. Ball gowns were made by the best Warsaw dress makers such as Herse, Zmigryder and Myszkorowski. A Ball Queen was always elected for each event, but Nina Andrycz was definitely the most famous one. This actress, endowed with extraordinary talent, charisma and beauty, played at the Polish Theater in Warsaw for 70 years, creating over 100 characters. Due to her statuesque beauty, she was often casted as queens and aristocrats. Known as the "Great Dame of Polish theater", Nina Andrycz retired at the age of 94, and died at the age of 101. 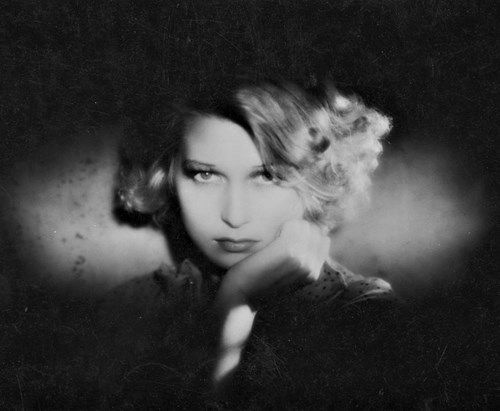 During the Fashion Ball in 1939, a special category was created for another legendary actress - Ina Benita - honored with the title of "The Queen of Sex Appeal". Benita is considered to be the first femme fatale in the history of Polish cinematography. She was beautiful, intelligent and independent, and spoke several languages. During the war she was providing valuable information about high-ranking German officers to the Polish underground. She even saved the lives of a few people.

Michalina Mościcka was a true VIP of the Fashion Balls. She was the wife of Ignacy Mościcki, the President of the Republic of Poland. She was an independence, social and feminist activist, fought for women's rights, including voting rights. As the first lady she was involved in charitable causes, notably creating a care center for poor and orphaned children. During the flood in the Małopolska region in 1927, she initiated aid for the victims of the flood throughout the country. For her merits, she was awarded many medals such as Commander's Cross of the Order of Polonia Restituta.

The list of extraordinary women associated with the Hotel Europejski is long and fascinating. The stories of many of them still inspire both writers and filmmakers. There are many biographies, films and series about them. We encourage you to familiarize yourself with the achievements of these extraordinary characters, their strength, talent and determination deserve the highest recognition.

The reconstruction of the Royal Castle in Warsaw was an outstanding project on a globally unprecedented scale. It was the culmination of the post-war reconstruction of the Old Town which resulted in the inclusion of the area on the UNESCO World Heritage List in 1980. We are now celebrating the 50th anniversary of this remarkable achievement, and the program is certainly impressive.

The history of the Royal Castle dates back to the Middle Ages, but it began to serve as the main royal residence at the end of the 16th century when the royal court was moved from Krakow to Warsaw upon the initiative of King Sigismund III Vasa. The castle was also the seat of the parliament of the Polish-Lithuanian Commonwealth, after the union of Poland and Lithuania in the 16th century. In 1791, the May 3rd Constitution was passed in the Senators Hall of the castle. It was the first in Europe and the second in the world after the US Constitution.

At the end of the 18th century, the Royal Castle lost its governing functions as a result of the partitions of Poland carried out by the neighboring powers - Russia, Prussia and Austria. After Poland regained independence in 1918, the Royal Castle was first the seat of the Chief of State, and then the residence of the President of the Republic of Poland. Unfortunately, the Second World War brought its total destruction. The castle was blown to pieces by the Nazis during suppression of the Warsaw Uprising in 1944. Despite the unimaginable damage, it was decided to reconstruct the former royal residence as faithfully as possible.

The building in its raw state was rebuilt between 1971-1974, which is why the jubilee celebrations also extend to the years 2021-2024. The Castle walls have already hosted exhibitions of Baroque masterpieces by artists such as Caravaggio and Rubens.

During the gala inaugurating the second year of the anniversary, the Paolo Uccello exhibition Madonna with a Child from the series "Masterpieces at the Castle" was opened. In the coming months, we are expecting new exhibitions including the 300th birthday of the royal painter, Bernardo Bellotto, known as Canaletto. This Venetian painter created extraordinary paintings with views of 18th-century Warsaw which today are located in the Canaletto Room in the Castle. The exhibition about Jan Piotr Norblin will bring us closer to the figure of the French painter and draftsman who created drawings of many historical events important for Poland during his stay in Warsaw. At the exhibition about the Royal Library of Stanisław August, we will learn about the history of the place which, next to the Kubicki Arcades, is the only such impressive fragment of the former royal residence that survived the war. The anniversary celebrations will be accompanied by concerts and numerous educational and scientific events.

Raffles Europejski Warsaw is pleased to join the celebration of the 50th Anniversary of the Reconstruction of the Royal Castle in Warsaw. In the hotel lobby, we are presenting a showcase of elegant merchandise related to this unique event. Our guests have the opportunity to use the Royal Concierge service which allows them to visit all available exhibitions at the Royal Castle. As part of the invitation, audio guides on the Royal Route are also available in several languages: Polish, English, German, Russian and Spanish.